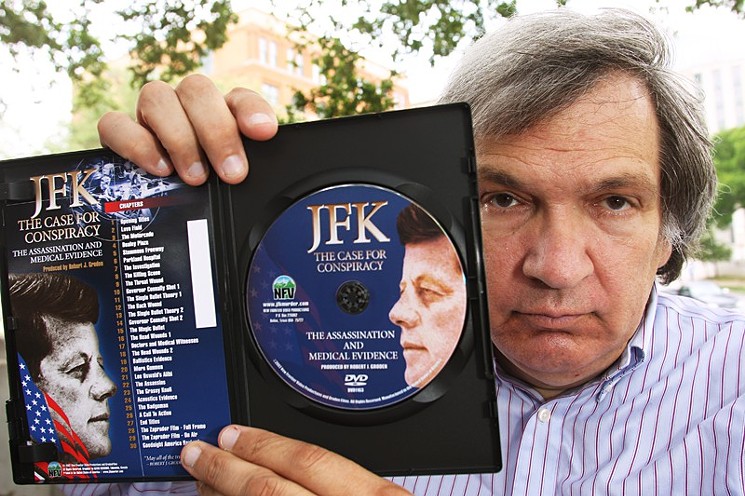 It was never against the law for Robert Groden to sell books, CDs and magazines in Dealey Plaza. The question has always been why. Why did the city of Dallas carry out a decades-long manifestly illegal campaign of persecution against a Dallas author.”

Two daughters are grieving for their mother Debra Wilson, who died two weeks ago at the age of 60…..Daughter Charlotte asks, “Would life have been different for her as far as treatment-wise if there had not been a catheter right in the area where her health actually failed?”…The family’s attorney, Brad Kizzia of Dallas says, “It resulted in blood clotting and ultimately, she passed away due to the heart condition. We think it was a contributing factor, we think the autopsy will show that.” reports Jack Fink in his article of October 14, 2016 for CBS news.’ <read more and view the video>

We have a tragic update to our news story of April 2016.  Ms. Wilson died last week.  Read the story written by Naomi Martin, which appeared in the Metro Section, Page 1 of the Dallas Morning News.  The case against Parkland is still pending and we will continue to press Parkland to accept responsibility for leaving a broken catheter in her aorta for more than 7 years before notifying her of their error, and only then because it was causing medical complications which required blood thinners.

Robert Taylor hires Kizzia Johnson to fight for his brother, Logan Taylor in an effort to get proper care from the V.A.  See the News 8 story!

D Bradley Kizzia – named by Dallas Morning News as one of the Top Rated Lawyers again in 2016!